Please upgrade your web browser to view this website.

A former run-down caryard, the site was remodelled into an attractive, modern, 166 apartment complex with 1,300m2 of commercial space, as well as landscaped courtyards and public open spaces to add diversity and character to the local area.

Liv Apartments is the first apartment development in Western Australia to be registered in the One Planet Living program – one of fewer than 20 worldwide.

The apartments currently house Department of Defence families stationed in WA, with the balance of apartments available for sale to private owners and investors. 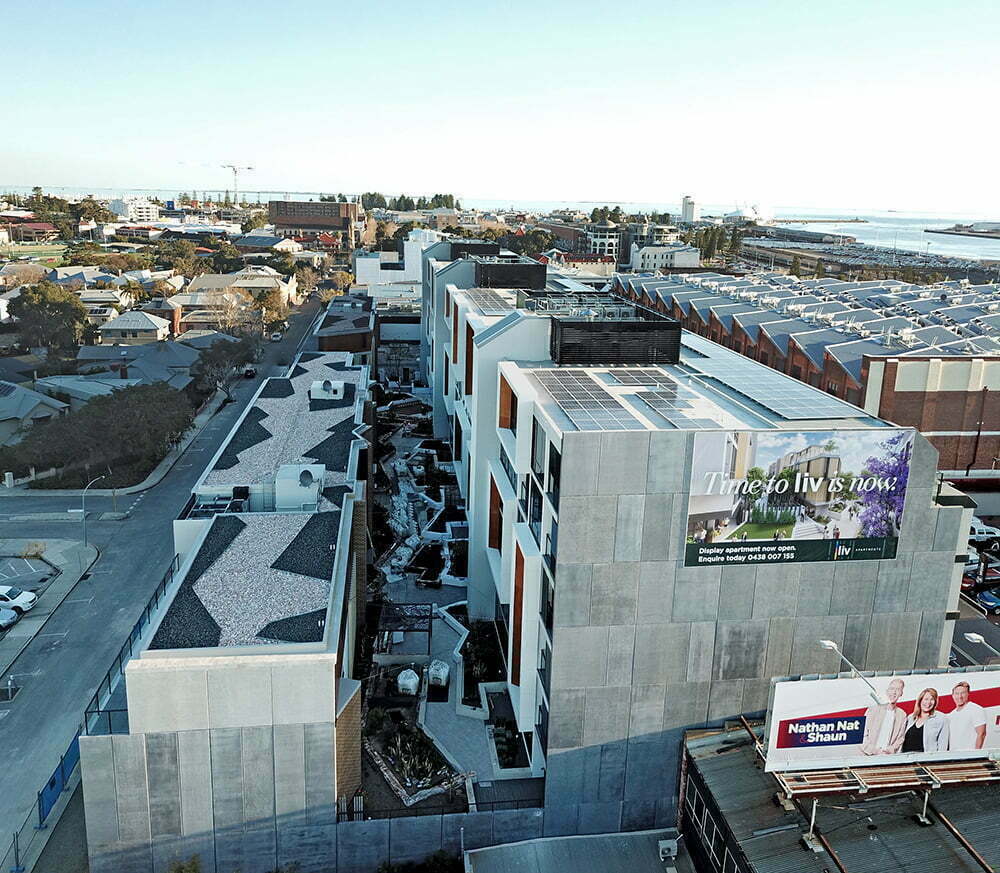 Liv Apartments in the news

Liv Apartments unveiled to the public